For most working people, buying a home is likely to be the biggest single investment of their lives. Owning the place you live in is usually going to be a good idea and it’s been the goal of many working folks for generations. But what about becoming a landlord, or buying houses and flipping them. It’s a legitimate question – why is real estate considered an investment – and is it always safe.

Here’s a popular saying I’ve heard repeated many times – you can never go wrong with bricks and mortar, prices always go up. But wait a minute and let’s think about this. One of the inherent problems with such pearls of wisdom is that they are seductively simple, easy to remember, and will often be met with wide acceptance and no probing. On the other hand, this hasn’t been a very popular phrase since the housing crash of 2008.

When it comes down to it, the idea that you can never go wrong investing in real estate truly does qualify as a prime piece of Bad Investment Advice.

The emphasis here is on “never” – as in – you can “never” go wrong investing in real estate. The fact is that a lot of people would be forced to disagree from their own painful experience.

Buying at a market peak

Hell – I even fell into this hole. The first time I ever bought a house turned out to be 2 years before one of the largest 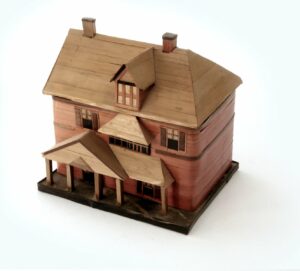 market collapses in modern times – the sub-prime mortgage debacle of 2008 and everything else it took down with it. Four years after we bought our house it was valued at $100,000 less than we had paid for it and that was a 14 percent drop.

At least we were living in it. OK, I could have but I haven’t done the math but we are probably better off owning than renting. Besides, it was the right decision at the time for many other good reasons.

Now I’m not saying that there aren’t many ways to invest well in real estate and make a lot of money. Yes, there are a lot of upsides to owning property.

Unlike many other assets, real estate can earn income if you rent it out. The pros will tell you that single-family homes are risky but if you own all or part of multi-tenant properties you reduce the risk of periods of no income.

And it has to be said that over most periods in recent history real estate has and probably will continue to appreciate in value. The experts will tell you that staying in upscale markets will increase the likelihood that the value will increase outpacing inflation whereas, low-income areas can be riskier. 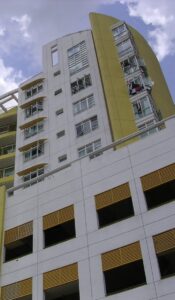 Owning real estate often comes with tax benefits. In some circumstances, you can avoid or reduce the tax liabilities on gains when you come to sell a property.

One of the biggest advantages is that you don’t have to own all of it. Like taking out a mortgage to buy your own home you can own and control real estate by mortgaging 90 percent of the purchase price and take in more in rent than your mortgage and other costs.

Another advantage is that you can exploit multi-use possibilities or zoning changes to buy one kind of building at a low cost and convert it to another purpose and sell at a higher price.

This won’t always be possible depending on zoning laws, planning boards, and architectural boards. So there are pitfalls here and it is possible to get caught with a property you paid more for that you are able to sell or rent out for.

Down markets and low returns

So if you got it right and bought a good property under the right circumstances, or even a bad property but under favorable circumstances, you stand a good chance of coming out with some gain.

Real estate markets do appreciate most of the time but like other markets, they can become over-valued. This is when if you enter as an investor or speculator you stand to lose.

I remember a financial pundit who predicted the housing price bust of 1989 in the UK when everyone else thought prices would just keep rising. He’d worked out that residential real estate or the housing share of the UK Gross Domestic Product represented something like 40 percent whereas a sustainable figure would be somewhere between 15 and 20 percent. He predicted disaster and it came. To learn more about the GDP of the US economy and how it has changed over time, check here.

The 2008 sub-prime bubble was worse and on a larger scale. In the US roughly 10 million families lost their homes. Home values lost an aggregate of around 6 trillion dollars and roughly 8 trillion dollars in value was wiped off the US stock markets.

That was just in lost asset values. Back in 2013, the Government Accountability Office estimates that the cost to the US economy as a whole of the subprime crash was around 22 trillion dollars. That is factoring all the losses from unemployment and lost business revenues in addition to all the lost asset values already mentioned.

Who made money on the sub-prime crash?

There were people who made money on the sub-prime crash – but it was investors in hedge funds who saw what was happening and bet against the market. Movies have been made about them. Chances are though that there weren’t many successful real estate investors flipping properties when everything was crashing around them.

OK so maybe it isn’t fair to compare today to the sub-prime crash or other well-known and documented real estate crashes. But then you will have to ask yourself – if you are going to invest in real estate, alright let’s say – if you are thinking of starting investing in real estate now here are two questions:

would you know enough to spot the next crash coming ? . . .

Would you know what to do about it if you had a property you were trying to flip or sell or rent? 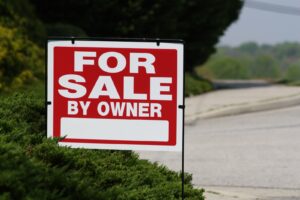 You have to know what you’re doing

Statement of the obvious and I won’t labor the point.