This is one of those dark subjects that conjures up notions of drug dealers, insider traders and unscrupulous moneyed people in the know, suitcases full of cash of dubious origins… But in reality most countries in today’s world, except a few well-known basket cases will allow their citizens and residents to open bank accounts abroad. And that is all it is really – moving money offshore legally can just mean transferring funds between a bank account where you live to an account in your name in another country. As long as you disclose your holdings according to the laws of the country or countries where you file taxes, then it should be perfectly legal. 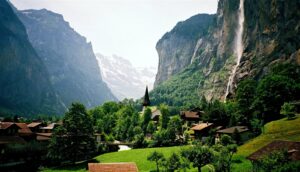 I was told. This was the advice of a “Financial Expert” who paid a visit to a place where I was working in my early 30s – this was a long time ago – that in those days would have been termed “a foreign outpost”. He hadn’t come there to advise me, there were richer pickings among my better paid colleagues but when he had finished selling them various investment funds, on all of which he pocketed a handsome commission he generously granted me a short audience.

Thinking back for me this was definitely a piece of Bad Investment Advice.

This is a justification you will hear, but the honest truth is that there is often a sub-text. And the untold story is really about hiding assets from an ex-spouse and divorce lawyers. Not that anyone would tell you to do so explicitly or at least not in writing, as that would not be legal or at least would certainly not be honorable. 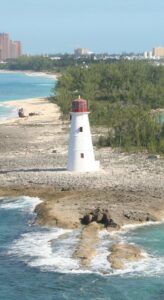 So by extension wouldn’t other lawsuits potentially seek to attach themselves to your assets. And if you are able to squirrel away some of those assets abroad, anyone trying to take you to court might not know about your assets abroad or at least even if they did laws might prevent your assets from being confiscated.

I suppose that if you are comfortably wealthy and engaged in business activities then an argument could be made in good faith, that moving some assets into foreign accounts would make you a less attractive target for lawsuits.

There are whole hosts of other benefits to holding money offshore. One argument goes that this is a way to diversify a number of risks. One obvious risk that would be diversified is currency risk assuming that you will be holding an account in another country in another currency.

Well that seems reasonable. But is that really necessary? Banks in many countries will allow their clients to hold accounts in different currencies. So it may not be necessary to move money to an offshore account to diversify currency risk depending on where you live.

Another arguably more compelling effect is that you will be diversifying political risk. Now this may be a concern for you if you live somewhere that could be at risk of – – – a communist take-over perhaps, but equally well that could be pretty much any brand of for example populist leader who decides to nationalize private assets or holdings or suddenly impose exchange controls. If there is any risk of such scary scenarios then another country would be a safe place for some of your assets.

Another concern you may have, depending on where you live is the stability of your own banking system. Opening a bank account in another country would diversify the risk of – let’s say – strain, but it could be worse, in your banking system. Banks in offshore locations will be operating under different rules and that can be to your advantage.

All this makes sense for a corporation or an individual doing business across borders. But does it make sense for the average investor.

Well, if that average investor is you, you’re going to have to decide for yourself.

Down sides: fees, lower interest rates, funds hard to get 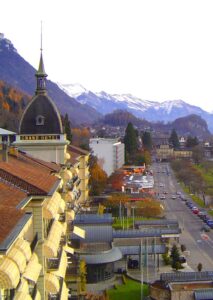 There are going to be some down sides to having your funds in a foreign bank account especially if it is a small amount. Remember that bankers in high-flying offshore tax havens usually can only be bothered to roll out the red carpet if your account balance exceeds say half a million dollars.

The first potential downside to be aware of has to be fees. It is almost certain you will be paying fees to transfer funds across national frontiers and if you are making many small transfers then those fees are going to mount up.

Another downside at least one that I experienced was low interest rates compared with rates available elsewhere that didn’t compensate for the transfer fees and the exchange rate losses.

But one of my main peeves with keeping funds in foreign bank accounts was that withdrawals were often not easy. OK so my situation was I usually didn’t close an account after I had moved out of that country and I was living and working in another country. I would often have to drive hundreds of miles and go back to my old branch to make a withdrawal.

What good will it do you?

OK so many of the issues I was dealing with back then were before the times of online banking and wouldn’t apply now. So if you are considering opening a bank account in another country, maybe you travel constantly in foreign places, or you are doing business in other countries it may make sense but you need to look out for all the risks and add up all the costs involved.

You might just find there can be circumstances where it would be hard for you to get your money out and it might just cost you a pile to do so.

I don’t buy it – or at least I shouldn’t have bought it!

I lived in a number of countries, including ones that qualified as classic tax havens. Other than when I was working there, keeping money in those places served no purpose at all for me. Waste of time, cost more in fees and exchange losses. So for me that pearl of wisdom – “Move your money offshore” – was a piece of Bad Investment Advice.