One of the challenges with all the charting and technical analysis tools is which tool to use for what purpose. In this article, we will be looking at what is the best use of the MACD. The MACD stands for Moving Average Convergence Divergence. It is one of the price signals used in technical analysis. It is the kind of price signal that is also referred to as an oscillator because the indicators in the MACD oscillate above and below zero depending on how price changes unfold over time.

For a general introduction into technical analysis, check here.

First, let’s look at the components and then the definition of the MACD. 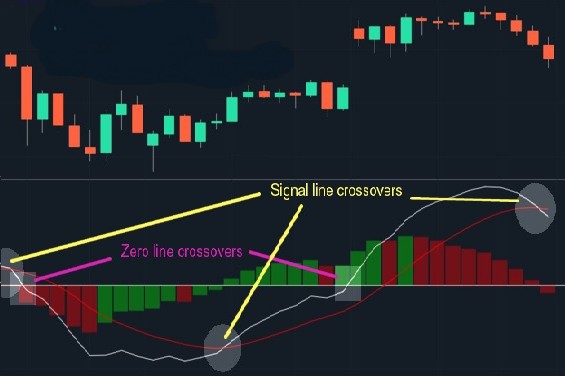 Remember that for a 10-day moving average we would typically use the closing price on each day to calculate the average.

If the closing price on each of the ten days had an equal weighting in the resultant moving average, imagine what would happen if there were a large price change between day 9 and day 10 and the price has since settled to a steady level. That large price change would be included in the moving average until such time as the ten-day series moves forward a day and no longer includes that big price change.

If all ten days were given equal weight in the average then that would show up as a big change even though the price is currently steady. That would just look strange, so the MACD uses weighted averages.

For the MACD, exponential rather than linear weighting is used as experience shows this to achieve the best smoothing effect. Typical weightings are shown graphically below.

The MACD was first introduced in the 1970s when the stock market was open six days a week and only daily prices were published.

The MACD uses moving averages with 9 days representing one and a half weeks, 12 days representing two weeks and 26 days representing a month. These remain the most popular periods in use today. Since many traders are using the MACD with these periods to establish buying and selling points, this fact in its own right drives price movements.

That is actually a bizarre phenomenon when you think about it. A tool set up to study price movements in the market actually ends up being a factor in driving price movements.

How it is calculated

The MACD line is displayed along with the 9-day moving average which is referred to as the signal line.

Here’s what the two lines and the histogram look like.

In this example, the histogram coloring matches the candlestick. In other words, when the stock price closed lower than the opening price and is displayed in red, the histogram for that day is also shown in red, and vice versa is shown in green when the price rose that day.

There are two kinds of crossovers that the MACD model provides.

Then there are crossovers between the MACD line and the signal line.

Both kinds of crossovers are seen on the chart from earlier, as below.

We start by watching the stock price.

If we see the stock price hitting a new low but the MACD does not hit a new low or in other words, it hits a higher low this is a bullish divergence and is an indicator that the downward movement in stock price could reverse and we are about to see a stock price rally.

The MACD is converging when the MACD line is moving towards its zero centerline. Remembering that this just means the fast and slow-moving averages are moving closer to each other then whatever price momentum we are seeing, whether up trending or down trending, is weakening.

Let’s look and what some simple basic signals from the MACD would have told us about the Standard and Poor’s 500 index during the months when we saw dramatic and rapid price movements, between February and June 2020.

The chart shows the massive sell-off that started at the beginning of March and hit bottom on 23 March then to steadily climb back up nearly regaining all its lost ground until early June.

With the wisdom of hindsight, we could allow ourselves to fantasize about some ideal points to have bought and sold during those significant price movements. Assuming we were trading in weeks rather than days, we might have opted for the price points shown here.

But frankly, in light of the volatility we were experiencing, I wouldn’t have had the nerve to have tried that on any appreciable scale that is.

So taking what we learned from the MACD possible buy and sell signals, here are the points where we could have made those moves.

To be thorough and rigorous we should really be examining the actual price points where we would have acted if we were taking signals from the MACD but just on the visual evidence, to my eye that would have been some pretty good buy and sell moves to have made.

Notwithstanding the above, because the MACD is oscillating around a centerline determined by averages, it is a good indicator of momentum within a price trend it is not a strong indicator of when markets are significantly over-bought or over-sold.

Also, the fact that the MACD uses moving averages means that the indicators it generates have inherent lag. Thus, MACD indicators tend to be more reliable when stock prices are trending within a range.

This is the generally accepted wisdom, that:

The MACD is best used as an indicator of trending momentum within a price range.

We can conclude that the MACD is best used together with other tools that do a better job of indicating over-bought or over-sold markets and hence the likelihood of price trend reversals.

To find out more about the Moving Average Convergence Divergence, check here.

Here is a single-page PDF summary of the Moving Average Convergence Divergence. 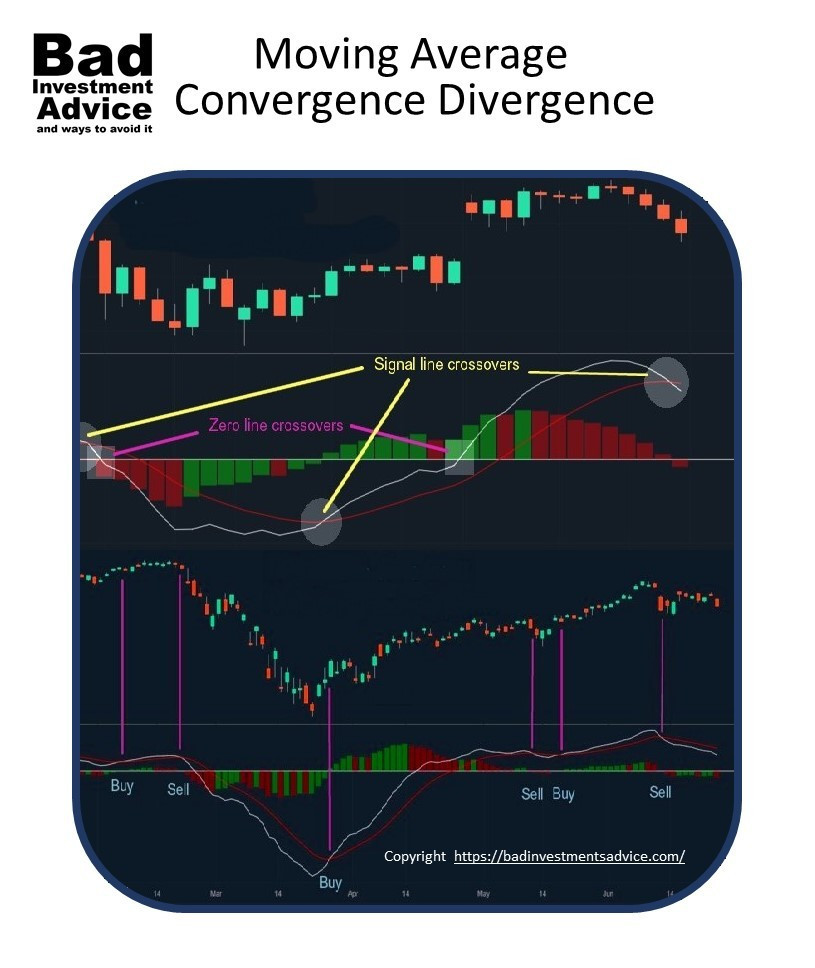 I hope you found this article interesting and useful. Do leave me a comment, a question, an opinion or a suggestion and I will reply soonest. And if you are inclined to do me a favor, scroll down a bit and click on one of the social media buttons and share it with your friends. They may just thank you for it