Are savings bonds worth buying? My granddad certainly thought so.

Like many of his generation, his life was molded by powerful historic events, and that is an understatement.

I am often humbled by thoughts of what my grandparents lived through and experienced. Here are just some of what they saw: 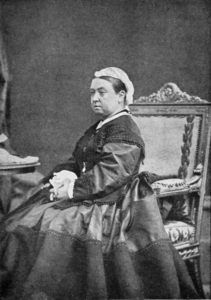 They were both born when Queen Victoria was still on the throne. Not that they met her I’m sure. They probably never even got a glimpse except perhaps of the funeral procession.

That means they grew up infused with all that imperial pride and sense of place.

Not only on whatever rung of the social ladder they occupied or thought they occupied but also their place in the world of peoples.

And I know they viewed people from other countries with suspicion, fear, and disdain.

A few years ago my mother gave me the collection of love letters my grandparents had exchanged as fiancees when he was sent to Palestine as a soldier in World War I. There is something endearing and delightfully innocent about it all. I cringe though, reading his jingoistic comments about the strange and foreign peoples he encountered.

That also means they lived through the 1918 flu pandemic. The stock market crash of 1929 and the depression of the 1930s. I remember my mother telling me how when their father lost his job, to drive it home the first slice of bread they all ate at the meal table that evening had nothing on it. No butter, no jam. At least they still had food to eat.

He was a resourceful chap and found another job shortly after. Then there was World War II. They lived in London. He worked in a munitions’ arsenal so he wasn’t sent off to fight. My uncles were though. He, his wife and daughters lived through the blitz, growing vegetables in their back garden where he built an air-raid shelter.

The list of the inventions they both witnessed is impressive: Automobiles, aircraft, radio, television, atomic power, and the bomb. Man landing on the moon, the electronics and computing industry.

What has all that got to do with savings bonds?

Of all those experiences that marked them the most, I am sure it was the great depression. I suppose that was also because my mother remembers it so vividly as she had her most impressionable childhood years through that period.

I remember her showing us photos of family members who had died of poison gas in World War I but no mention of the 1918 flu pandemic.

One of the lessons my granddad took to heart from the 1929 stock market crash and the great depression was: 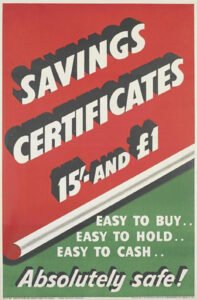 And not just any old bonds but high grade, guaranteed, protected and assured, belt and braces government bonds.

In his mind, the stock market was a place for gamblers. Newspapers of that time told stories of high-living market speculators ending it all with a bullet to the temple, hard-working people losing their savings, previously well-heeled families being turned out onto the streets.

He understood the value and need to build personal wealth but the only vehicles he used were government bonds and building society savings accounts. Building societies are common in the UK. Being a saver with a 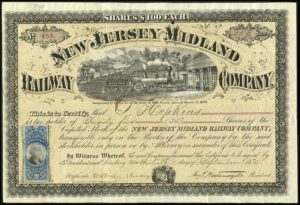 building society puts you ahead in the line for a mortgage loan so you can see the attraction in a time when credit was much harder to come by for the common folk.

What may have been true during the great depression of the 1930s didn’t hold water in the decades that followed.

It is now clear with the wisdom of hindsight that my granddad’s quasi-religious shunning of stocks and promotion of bonds constitutes a piece of classic Bad Investment Advice. And he was a powerful figure when I was growing up. Following granddad’s advice was seen as a duty.

This must have been 1976. With a small ceremony and flourish characteristic of my grandmother, then in her late 80s, she presented me with a savings certificate that had been left for me by my grandfather.

This was of course all out of an abundance of generosity and with the very best intentions. Thinking back, he must have bought savings certificates for all his grandchildren at about the same time in 1961. 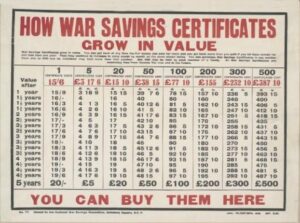 These were 15-year certificates and I remember the certificate showed a face value of 5 pounds and the purchase value of 3 pounds 15 shillings which was the same as 3.75 pounds before decimalization which happened in 1971.

You may not know this if you didn’t live through the 1970s. OPEC, the Organization of Petroleum Exporting Countries decided to squeeze the oil supply driving prices up. The US and all western European economies were completely dependent on oil. Prices shot up, there were shortages and lines at the gas pumps. Industries were put on shorter working weeks and there was a lot of belt-tightening. For more on the 1973 OPEC oil crisis check here.

One of the economic consequences was:

This meant that the 5 pounds maturity value of the savings certificate was actually worth only 1 pound 8 shillings and 9 pence halfpenny or 1 pound 44 pence in decimal money because of the inflation in the intervening years.

Had the transaction taken place in 1961 it would be like my granddad swapped 3 pounds 75 pence for 1 pound 44 pence. Not a good trade.

But this savings certificate was indicative of an ingrained pattern. Because of his experience of the great depression of the 1930s my

granddad had built all his savings with government bonds and interest-bearing savings account.

That was probably a good move in the 1940s and 1950s but when inflation kicked in he lost heavily.

The wisdom of hindsight

This experience with the savings certificate stuck in my memory and got me thinking about how my granddad had built his financial security over the years.

I remember as a teenager going to stay with my grandparents for a week during an Easter break. They still lived in the house in South London where my mother had grown up during World War II. He still had the air raid shelter long ago converted into a photography darkroom. He was an avid photographer and as was often the case back then, developing your own negatives and prints was common.

There was a comment my grandma made one day that stuck with me. He’d got up from the meal table and just left his plate behind. We were all expected to clean up after ourselves and my expression must have registered. She said to me 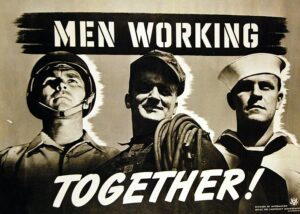 And I’m sure he did.

I can’t piece together the story of his savings and how it had all come and gone. But of one thing I am sure. He would have lost heavily during the rampant inflation of the 1960s and ’70s.

Stuck as he was in government bonds and savings accounts and no stocks he would have missed the bull markets. And there were long periods when he was saving when returns on bonds did not keep pace with inflation.

But he stuck with his strategy and there is still much to admire in the lessons I learned from my grandfather – including discipline and consistency in investing. And after all, who knows what economic lessons we will be forced to learn from the economic turmoil that is still unfolding. For more on that thought check here.