Perhaps a better question here would have been – what is the best way to get people sufficiently motivated to gain an understanding of what is the importance of financial planning – when they could still achieve the best results for themselves with minimal effort.

But then … along came the Coronavirus …

Now while the above statement may be as near perfect as any example of how not to write a sentence, I guess what I am really getting at is that the math and the numbers and all that is really quite straightforward. It is almost certainly going to be our own psychological dispositions, attitudes, emotions, and all the other soft stuff that will send any plan off the rails unless the plan itself incorporates flexible and powerful enough corrective and adaptive mechanisms.

Sorry that was another example of how not to compose a sentence.

And then, of course, the real test of any plan is going to be how well it can adapt to . . . life.

You have to be kidding!

Life! . . Most of us probably thought we were prepared for life but what about the Coronavirus pandemic? 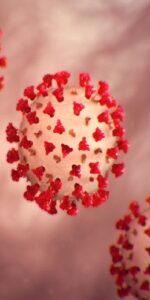 Isn’t it strange talking about long term financial planning when the world economy is tumbling around us and it feels like we are all staring transfixed as some perverse mixture of the 1918 Spanish Flu, the Great Depression the 2008 Market collapse and Armageddon all rolled into one steamroller over whatever personal financial plans we may have had?

This is certainly going to be a time when many of us will have to at least modify our expectations if not drastically adjust to losing income, or worse, or much worse.

Could a financial plan have prepared for this?

That’s a good question. And we still don’t know where the markets will bottom out. Where interest rates will be 12 months from now, how many people in our respective countries will be unemployed, and which economies will be pulling themselves out and even how the whole balance of economic power across the world will look.

But – and the jury is still out on this one – if the 1929 Crash and subsequent Great Depression can be taken as indicative of what we are all heading for then there is one conclusion we can draw:

You would be much better off with a financial plan than without one ! and

One thing not to miss – for those who still have a mortgage, with the current near-zero interest rates now may be one of the best times to refinance.

Is China a good model?

The Chinese authorities are saying no new Coronavirus cases for the last few days from internal transmission and claiming that any new infections are from travelers. The markets in China are starting to halt the declines and are now trading at barely 5 percent down from January. In many cities, people are coming out on the streets for the first time in months.

So could this be how the US will be in a few months or will it be more like Italy because we are not able to control the spread? Already estimates are that the US markets will be down by about 25 percent and we will likely be looking at least 2.5 million unemployed. So where is this all going to end and should we be bracing ourselves for the kind of devastation caused by the Great Depression of the 1930s when wages fell by over 40 percent and the Stock Market Crash of 1929 was just the start of years of pain and loss.

What is different now?

There are many things that are different but some that are regrettably the same.

For one thing, the world economy is far more integrated now than it was in the 1920s and 30s. Supply chains span

the world now where parts come from all over and will go through multiple processes in different countries before being assembled somewhere else to be shipped off to yet other markets.

Also, goods make up a much smaller part of the global economy, and services have a much larger share than in the past.

We also have to hope that national governments and the many intergovernmental international institutions understand the mistakes made by central bankers who tightened the money supply after the 1929 Crash which exacerbated the problems following the market crash.

There is no accepted agreement among academics and historians on the precise causes of the Great Depression but the mechanics of what happened are well understood. One thing is clear that irrational reactions from investors after they had driven up the markets during the roaring twenties, then resorting to panic selling during and after the crash was a major factor.

One eerie parallel with the 1930s is the preponderance of populist leaders who have seen ascendance in many countries in recent years. But another big difference is that intergovernmental organizations were pretty much in an experimental stage back then and the fledgling League of Nations is widely seen as an abject failure. Whereas today though, multilateralism is under threat it is far from being on life support.

What are all the steps you go through for creating a financial plan and is that possible now?

We could consider two simple answers here. One option is to go and see a professional financial adviser and develop a plan. Though you would likely have to do that online now to maintain social distancing. There are plenty of services available offering varying degrees of guidance and interaction.

The other is to do it yourself.

The steps are always going to be:

That is a bold idea – that such a thing as “best investment advice” could exist. Well, the easiest thing here would be to draw a lesson from one of today’s most successful investors and a household name around the world – Warren Buffet. His advice to everyone is to put your money in index-linked funds.

Yes even after being probed and prodded and asked what his secret was he will just tell you that his advice today is to put your money in broad market index-linked funds.

I have to admit I agree with him. There may be ways of scrapping a few extra points – and by points, I mean fraction of a percent – over the average long term returns of the broad market index the Standard and Poor’s 500 but that is a discussion for another time.

A very important consideration with the current turbulent financial and economic times is going be managing your own emotions in the investment sphere. It is just going to be far more difficult to resist any urge to bolt for the exit in today’s markets than it would be under any run-of-the-mill market correction that we see every few years or so.

Conclusion – stuff your money in one or more index-linked funds and let the fund managers take care of the ups and downs. You won’t have to suffer the pain of logging on and watching your nest egg gyrate in value every day.

Is it a good time to make a financial plan?

I would say, if you don’t have a financial plan then a resounding yes. After all one of the popular sayings in management is that if you fail to plan you are planning to fail.

So yes get yourself a financial plan, make sure you have a buffer for emergencies, and that your plan can adapt to changing circumstances, and let’s all hope that this doesn’t turn out to be another piece of Bad Investment Advice!